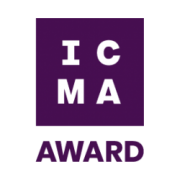 Here are a few examples of how winners report on the awards they have won on their websites and in print media. The results will also be reported in specialist media.
It is always good to be able to talk positively to customers and the public.

Synsation Brand Design, Australia, reports on the awards for Visual Identity from the Faculty of Arts & Social Sciences of the UNSW (University of South Australia).

„52 Grad“ is the name of the student magazine of the Detmold School of Architecture and Interior Design. The magazine has been awarded several times at the ICMA. 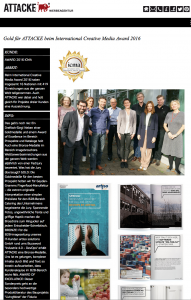 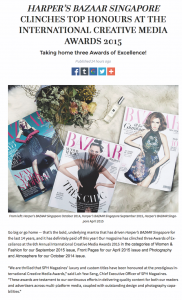 “Harper‘s Bazaar Singapore” reports on the awards the magazine won at ICMA. 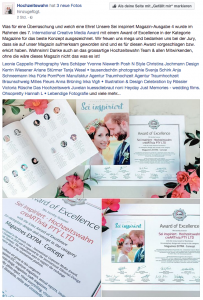 “Be inspired” has the subtitle “wedding craze.” The magazine received an Award of Excellence for its concept. In the social media section, all the creators of the magazine are also mentioned.

The German Society of Neurology reports on the ICMA Awards, which were presented to the Mattweiss agency for its logo and corporate design.

Rhön Magazine has received a silver award in the magazine category. The ICMA subcategory „Region, City and Nature“ was created specifically for magazines with regional content. 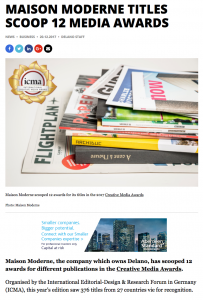 “Maison Moderne” reports on the twelve awards won by the Luxembourg-based agency at the 9th ICMA in various categories. 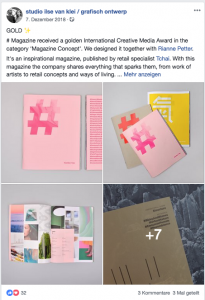 The design studio Ilse von Klei from the Netherlands reports about the award for the “# Magazine” in the category concept. 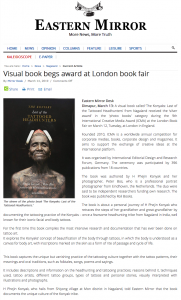 Roli Books, New Delhi, reports about the award for the book “Last of the Tattooed Headhunters”.

„GEO-Epoche“ is pleased about four awards. The makers report about them on their website.

Examples of excellent work in category 3 – logos and corporate design